Crazy for You: A Deep Haven Novel (Paperback) 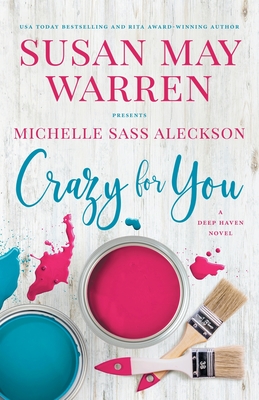 The problem with being related to everyone in town is that there is no one left to date...until now. But will this outsider survive his family?

Former soldier Veronica "Ronnie" Morales isn't going to let her kid brother, Tiago, get pulled into the gangs of Minneapolis, so, seeking safety and a fresh start, she heads to sleepy Deep Haven on the north shore of Minnesota. She's hoping to put down roots as the paramedic for the new Crisis Response Team, but it's not easy to be the town outsider.

Fire Chief Peter Dahlquist is a peacemaker-he has to be. After all, he's related to both of the Deep Haven dynasties-the Zimmermans and the Dahlquists, Deep Haven's version of the Hatfields and the McCoys. Worse, Peter is the holdout vote for a landmark project, which also makes him the loneliest guy in town when both families demand that he pick sides. The only one who seems to understand his plight is the newcomer in town...his pretty, street-tough paramedic.

When Tiago finds himself caught up in small town shenanigans and the town blames Ronnie for tragedy, Peter is forced to pick sides. But will his choice cost him the home-and the woman-he loves?