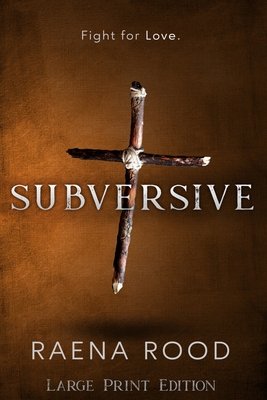 The Subversive Trilogy imagines a chilling and not-too-distant future when Christianity is outlawed in the United States.

When Christianity is banned in the United States, those Christians who refuse to renounce their faith are arrested and imprisoned. To avoid arrest, some go into hiding. They are known as subversives, and they are ruthlessly hunted by soldiers of the government's Task Force.

Since the night of her parent's arrest, Gemma Alcott has been hiding in an abandoned coal mine with a group of subversives. She's found a home-and someone to love-but she's never forgotten the love she left behind.

Taylor Nolan, a young Task Force officer, believes wholeheartedly in his mission and in the danger posed by subversives. But when his first love, Gemma, is captured by a rogue Task Force unit, his loyalties are put to the test.

Facing interrogation and possible death, Gemma must summon the strength-and faith-to protect her friends, no matter the cost.

And Taylor must decide if he's fighting against evil...or for it.