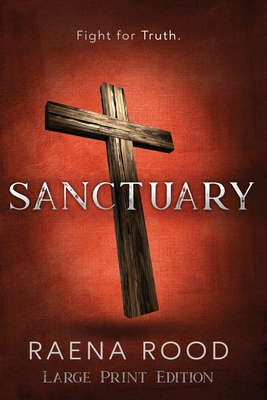 The Subversive Trilogy imagines a chilling and not-too-distant future when Christianity is outlawed in the United States.

Six months after their narrow escape from the Task Force, Gemma Alcott and her subversive friends--including her soldier boyfriend, Taylor--believe they've found safety at an isolated camp located deep within the Pennsylvania wilderness. Known as the Sanctuary, this hideout for persecuted Christians is supplied by elderly bookstore owner Letty Webb and her network of sympathizers in the nearby town of Winter's Dam. The camp is beautiful and idyllic, and Gemma falls asleep every night in the protection of Taylor's arms. But no matter how safe she feels, she cannot break free from the ghosts of her past--including Gavin, the ex-boyfriend whose heart she broke, and Mullen, the redheaded soldier who haunts her nightmares.

When the Task Force puts Winter's Dam on lockdown to root out the sympathizers, a small group from the Sanctuary--headed up by Gemma and Taylor--prepares to fight. They work out a plan to infiltrate the town and rescue Letty and the others. But the rescue attempt goes terribly wrong, setting in motion a devastating series of events which could endanger not only Gemma and her friends, but the Sanctuary itself.

Stripped of everything she loves, Gemma must stop hiding and confront the Task Force--and the ghosts that haunt her--once and for all. And she must put her faith in the only Sanctuary that can never be destroyed.