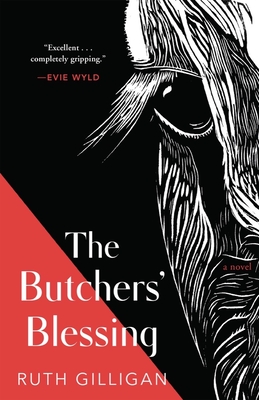 A vividly imagined tale of late 20th century Ireland at the center of which a group of butchers carry on an eerie tradition of slaughtering cattle for farmers who still believe in warding off an ancient curse. It is the subplots that take center stage in this literary page-turner though. The wife and daughter of one of the butchers try to make sense of their lives while he is away for eleven months of the year. A young photographer shows up in the area seeking that one career-defining picture. Other characters take part in cattle smuggling as Mad Cow Disease creates panic in England. And if you like twists, just keep reading this wholly original, beautifully written artistic achievement. — Stan Hynds

What a beautifully weaved, thrillingly crafted, folklore-rich thriller this was! Eleven out of twelve months of the year, eight men known as the Butchers travel across Ireland to slaughter cattle in a ritualistic manner. The story, as well as its characters, fall between the thin layers of the traditional and the contemporary, set primarily during the Mad-Cow Disease crisis in 1996 as rural Ireland grudgingly adapts to modern times. I loved the characters, particularly the determined daughter of one of the Butchers, Úna, and was intrigued by the addictive plot and the dark central mystery. Highly recommended! — Kirstin Swartz

“An extraordinary novel of quiet turmoil, filled with the clash of generations, beliefs, and realities. A beautiful tale of the strife of traditions in a changing Ireland, woven together with the threads of a modern-day mystery. Perhaps the most elegant bit is the underlying story of a girl trying desperately to hold together the traditions of men. Impossible to put down and harder to forget, this novel lingers and feels like fog.”
— Carrie Koepke, Skylark Bookshop, Columbia, MO

Winner of the 2021 RSL Ondaatje Prize

Set in the gothic wilds of Ireland, The Butchers’ Blessing is a haunting and unforgettable thriller brimming with secrecy, tradition, and superstition.

Every year, Úna prepares for her father to leave her. He will wave goodbye early one morning, then disappear with seven other men to traverse the Irish countryside. Together, these men form the Butchers, a group that roams from farm to farm, enacting ancient methods of cattle slaughter.

The Butchers’ Blessing moves between the events of 1996 and the present, offering a simmering glimpse into the modern tensions that surround these eight fabled men. For Úna, being a Butcher’s daughter means a life of tangled ambition and incredible loneliness. For her mother, Grá, it’s a life of faith and longing, of performing a promise that she may or may not be able to keep. For nonbeliever Fionn, the Butchers represent a dated and complicated reality, though for his son, Davey, they represent an entirely new world?and potentially new love. For photographer Ronan, the Butchers are ideal subjects: representatives of an older, more folkloric Ireland whose survival is now being tested. As he moves through the countryside, Ronan captures this world image by image?a lake, a cottage, and his most striking photo: a man, hung upside down in a pose of unspeakable violence.

Thrilling, dark, and richly atmospheric, The Butchers’ Blessing is an engrossing incantation?mesmerizing in both language and story?conjuring a family and a country on the edge of irrevocable change.

Ruth Gilligan is a graduate of Cambridge and Yale, and now works as a Senior Lecturer in Creative Writing at the University of Birmingham. She contributes regular literary reviews to The Guardian, Los Angeles Review of Books, Irish Independent, and the Times Literary Supplement.