The Quantum Astrologer's Handbook: A History of the Renaissance Mathematics That Birthed Imaginary Numbers, Probability, and the New Physics of the Un (Hardcover) 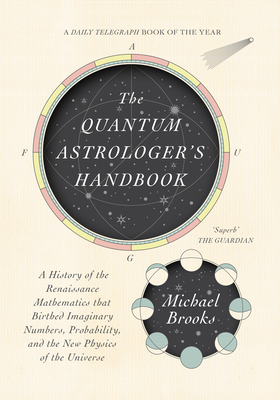 Brooks uses quantum physics as a foundation for this extremely engaging and highly original work of science and literature. He imagines himself in conversation with 16th Century polymath Jerome Cardano, and succeeds in making an exceedingly difficult topic a pleasure to read. — Mike Hare

This is a landmark in science writing that resurrects from the vaults of neglect the polymath Jerome Cardano, a Milanese of the sixteenth century.

Who is Jerome Cardano? A gambler and blasphemer, inventor and schemer, plagued by demons and anxieties, astrologer to kings, emperors, and popes. This stubborn and unworldly man was the son of a lawyer and a brothel keeper, but also a gifted physician and the unacknowledged discoverer of the mathematical foundations of quantum physics.

The Quantum Astrologer's Handbook, like Jerome, has multiple occupations: it is at once a biography, a history of science, an explanation of quantum theory, and an engrossing story which is truly original in its style and, in the manner of the modernists, embodies in its very form its theories about the world.

The Quantum Astrologer's Handbook is a science book with the panache of a novel, a work of and about genius.