Deliver Us From Darkness (Otherealm #1) (Paperback) 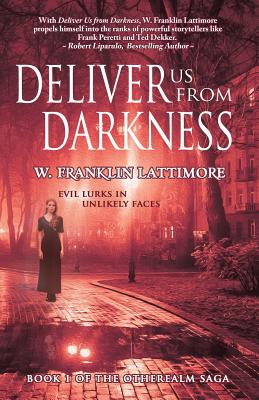 Brent Lawton's entrance into the occult was an accident; a combination of ignorance and na vet . He is drawn into a life-paralyzing darkness that threatens to destroy him. Brent tries desperately to escape, even to the point of attempting suicide. However, his deadly deliberations are temporarily stalled by the thought of two possible after-life destinations--one of them probable--planted in his mind by his grandmother.

Tara Baker's involvement in the occult was no accident. Painful secrets from her past prompt her to push forward to acquire more dark power. Motivated by a malevolent intent to destroy the walk of two "Christlings," she leverages both physical and spiritual influences to again prove her worthiness to an angry mentor who no longer trusts her emotional stability.

Brent's and Tara's paths will cross. Two different powers will compete for their lives and reputations. Neither Brent nor Tara will come out of the experience without scars, but one will encounter an ancient power so boundless that he ... or she ... will come face-to-face with eternity.