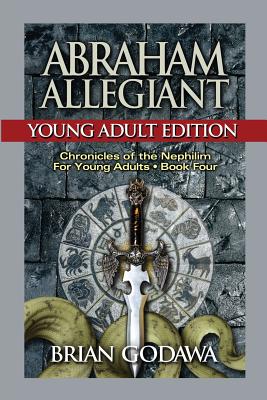 The Forefather and Patriarch You Thought You Knew.

After the Great Flood, the giant king Nimrod builds the Tower of Babel and unites the world in rebellion against the Creator.

But God has other plans. He causes the confusion of languages and disperses Nimrod's kingdom upon the earth. He then chooses a simple nomad Abraham as next in the line of the Seed of Promise.

Abraham is in the land of Canaan, a land that is filled with the Nephilim giants of Genesis 6, and the Watchers rule as gods. And Sodom and Gomorrah is the flashpoint for the Watchers' next diabolical plan. The Seed of the Serpent vs. the Seed of Promise.

The War of the Seed is rising.

Biblical Fantasy Based on History and Ancient Mythology

Abraham Allegiant: Young Adult Edition is written in the spirit of The Chronicles of Narnia and The Lord of the Rings, blending fantasy and mythopoeia with history to retell the Biblical narrative with a fresh perspective, making it come alive in a new way, while staying true to the original spirit of the Bible story.