GHETTOCLAUSTROPHOBIA: Dreamin of Mama While Trying to Speak Woman in Woke Tongues (Paperback) 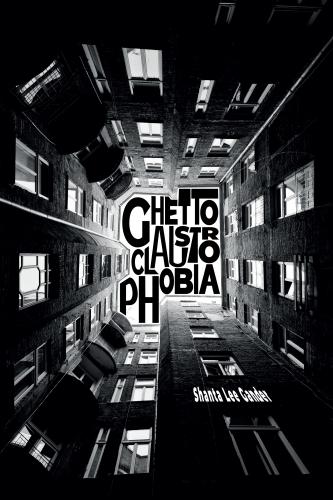 What does it mean to move away from the shadow of one’s mother, parents, or family in order to come into being within this world? As collective memory within the Black diaspora has been ruptured, GHETTOCLAUSTROPHOBIA time travels by creating and recapturing memory from a fractured past to survive in the present and envision a future. In her first full-length collection GHETTOCLAUSTROPHOBIA: Dreamin of Mama While Trying to Speak Woman in Woke Tongues, Shanta Lee Gander navigates between formal and vernacular styles to introduce the reader to a myriad of subjects such as scientific facts that link butterflies to female sexuality and vulnerability; whispers of classical Greek myth; H.P. Lovecraft’s fantastical creature, Cthulhu; and the traces of African mythmaking and telling. Beneath the intensity, longing, seeking, wondering, and the ‘tell-it-like-it-is’ voice that sometimes tussles with sadness, there is a movement of sass and a will that refuses to say that it has been broken. Gander leaves a door ajar in this ongoing conversation of the Black female body that walks the spaces of the individual within a collective; the tensions between inherited and hidden narratives; and the present within a history and future that is still being imagined.

Shanta Lee Gander is an artist and multi-faceted professional. Her endeavors include writing and photography with work that has been featured in PRISM, ITERANT Literary Magazine, Palette Poetry, BLAVITY, DAME Magazine, The Crisis Magazine, Rebelle Society, on the Ms. Magazine Blog, and on a former radio segment Ponder This. Shanta Lee’s photojournalism has been featured on Vermont Public Radio (VPR.org) and her investigative reporting has been in The Commons weekly newspaper covering Windham County, VT. Shanta Lee is the 2020 recipient of the Arthur Williams Award for Meritorious Service to the Arts. Her contributing work on an investigative journalism piece for The Commons received a New England Newspaper & Press Association (NENPA) 2019 award. Shanta Lee gives lectures on the life of Lucy Terry Prince, considered the first known African-American poet in English literature, as a member of the Vermont Humanities Council Speakers Bureau and is the 2020 gubernatorial appointee to their board of directors.
Shanta Lee is an MFA candidate in Creative Non-Fiction and Poetry at the Vermont College of Fine Arts. She has an MBA from the University of Hartford and an undergraduate degree in Women, Gender and Sexuality from Trinity College. To see more of Shanta Lee’s work, visit Shantaleegander.com

“Shanta Lee Gander’s debut GHETTOCLAUSTROPHOBIA begins with the mystery and misery of a mama after the umbilicus is cut, accompanies herself and us through what could be called hell (when unspeakable things are done to a child) and also a heaven (dancing with ‘bodies the cola of butta’)—and somehow, as if by miracle, emerges winged, ‘fashioning ourselves from the wreckage.’ Shanta Lee’s poetry rocks and rolls against the hurt world, singing of ‘stars doin time in our cluster spread,’ listening to how ‘some sounds invite eavesdropping to all / the befores.’ In her vernacular dazzle and ancient forms, she's a force of nature and self-nurture, an alchemist mixing hip-hop and ancient gods—transmuting grit, gutter, and grind to gold.”

“There are two kinds of giving witness. One reports upon what happened; the other embodies what happened and what continues to happen. Shanta Lee gives the latter, more vital witness. These are not poems that look in from the outside; these are those rare poems, stunningly written, that pull back the veil. These are poems that ask us to answer ‘amen’ to their witness, not just with our voices, but with our humanity.”

—Sue William Silverman, author of How to Survive Death and Other Inconveniences

“In GHETTOCLAUSTROPHOBIA: Dreamin of Mama While Trying to Speak Woman in Woke Tongues, children are fashioned of ‘Cosmic clay, stardust, and obsidian for resilience.’ Of these same ingredients, Shanta Lee Gander has made a fierce, unflinching constellation of poems that throws its light on history when it goes dark and refuses to be measured.”

“Shanta Lee Gander’s debut GHETTOCLAUSTROPHOBIA packs a world of intensity. It is a quest for ‘wherever all things gone missing be,’ most importantly ‘seekin mama’s mama’s mama’s mama,’ where success is both impossible, ‘time sayin, Girl, you didn’t ask,’ and assured, ‘I know all the names of my mothers….’ It is also a quest for what went missing in this life of traumatic family moves and the predatory environment around young women, starting with ‘At 7, my body becomes a playscape’ and ending as ‘somebody’s Pretty Baby.’ Of course, I’m oversimplifying. You have to read the book to get the details and the immense complexity.”

—Michael Ruby, author of The Mouth of the Bay

“Shanta Lee’s poems are adamant and stirring. They have incredible force and intimacy, the sound hit every part of me. ‘Some sounds invite eavesdropping to all / the befores. Before all the gates of / never return, before tongues couldn’t / be trained in what they no longer are’ she writes in the poem ‘Black Book of Creation,’ which mimics the experience of reading this book. This is an incredible book. A complex multiverse of language, nightmares, visions, history, the forgotten, the painful—but also that incredibleness of human resilience and togetherness. In this book there is conversation with both the reader, with history, with family, the very stars themselves. I feel the presence of the mother, the mother’s mothers, and on and on—all the way back to the first mother, the first stardust. And because of that, this is a book I will return to again and again.”

—Bianca Stone, author of Gertrude and The Mobius Strip Club of Grief

“Through ecstatic and courageous acts of remembrance, the poems in Ghettoclaustrophobia: Dreamin of Mama While Trying to Speak Woman in Woke Tongues preserves and commemorates in golden, and at times, harsh light, the elemental growth of a poet nurtured by women, community, and culture but more by the rituals of language that ‘fashions[s] ourselves’ into wholeness.”

“People, listen up, Mama’s got a brand new bag, and in it are all the things you need for spiritual health and wealth. From how to cope with a love of Michael Jackson’s music after his behavior, to Lovecraft’s mythical creature Cthulhu (you go mad if you lock eyes with it) as childhood sexual trauma, to her art for losing things, people and places, and her arts of recovery, Shanta Lee is all out so you better be all in, reader. Shanta Lee sings in an uncompromising register about the life of Black women. Her tone is a match for our mean time. She dispels with niceties for a necessary directness in the face of despotism and indifference to Black suffering. The art in her protest resides in her formal poetry and in her modulated voice. She is historically aware. She follows in a powerful tradition of women poets who have insisted on multiple voices and tones for their work, poets like Maya Angelou and Ntozake Shange, poets whose aesthetics are generated by their ethics, and poets with a penchant and feel for their art as song. Hers is a new voice to reckon with. If we dare ignore it, we do so at our peril and at our loss, and at a cost to our humanity.