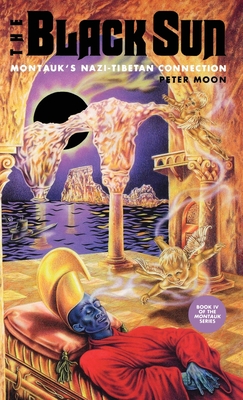 After World War II and the subsequent occupation of Germany, Allied military commanders were stunned to discover the penetrating depth of the Nazi regime's state secrets. The world's best intelligence organization was not the least of these revelations. Also discovered were massive and meticulous research files on secret societies, eugenics and other scientific pursuits that boggled the imagination of the Allied command. Even more spectacular was an entire web of underground rocket and flying saucer factories with accompanying technology that still defies ordinary beliefs. A missing U-boat fleet possessing the most advanced submarine technology in the world left many wondering if the Nazis had escaped with yet more secrets or even with Hitler himself. Behind all of these mysteries was an even deeper element: a secret order known to initiates as the Order of the Black Sun, an organization so feared that it is now illegal to even print their symbols and insignia in modern Germany. The Black Sun probes deeper into the secrets of the Third Reich and its Tibetan contacts than any other previous attempt. Author Peter Moon ties all of these strange associations to Montauk Point, where an American military facility was used by the Nazis to further their own strange experiments and continue the agenda of the Third Reich. Peter Moon unravels more Montauk mysteries which leads to the most insightful look ever into the Third Reich and their ultimate quest: the Ark of the Covenant and the Holy Grail. This quest penetrates the secret meaning behind the Egyptian and Tibetan "Books of the Dead". Includes photographs and illustrations.