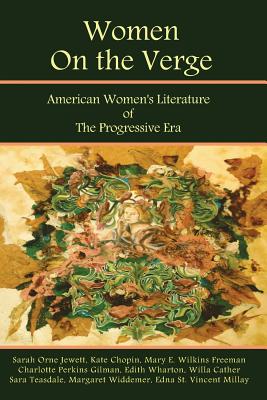 Women on the Verge: American Women's Literature of the Progressive Era presents a scholarly selection of some of the finest examples of Women's Literature from the late 19th and early 20th centuries, now known as The Progressive Era. Following the Victorian era, and on the heels of the twilight of the dominance of New England writers in American literature, Progressive era American women authors were starting to find their literary voices, unique from the rest of the world. Edited by Laura Bonds and Shawn Conners, and with cover art by Joan Turrell based on her series "Beyond the Yellow Wallpaper," this collection captures the essence of those voices, and includes the first American women authors to win the Pulitzer Prize for Poetry.