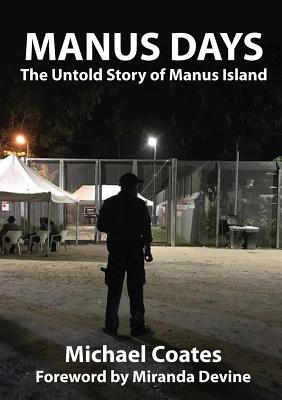 Michael Coates is an ex-soldier looking for new challenges when he answers an ad for "interesting work" in the South Pacific. Soon, he and other young men like him find themselves at the epicentre of Operation Sovereign Borders - the controversial Manus Island Regional Processing Centre.

In a place where few have been but everybody has an opinion, they find a hotbed of simmering ethnic tensions. It's a place where nothing is what it seems, where ideologies and agendas clash and violence, self-harm & subterfuge are the languages of negotiation.

As part of the MRPC's Emergency Response Team, Michael and his colleagues see the human face of the asylum seeker issue at its worst. As they navigate the thin line between humanitarianism and security, they find themselves under attack from all sides - both from the "refugees" within the centre and their advocates at home in Australia.

When the much-heralded PNG resettlement programme finally comes into effect, the long-brewing tensions finally boil over into violence. Whilst the asylum seeker advocates claim peaceful protest, Michael and his colleagues find themselves under siege. Now they must charge head-first into a powder-keg of desperation and violence. What they will face there are young men very different but also much like them in many ways.