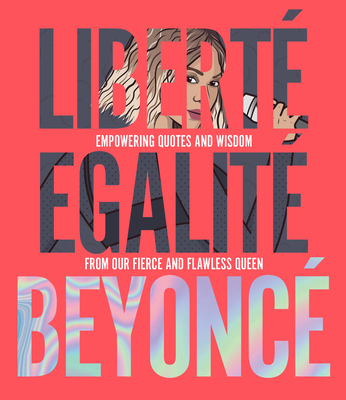 Who runs the world?  Beyoncé runs the world. With more than 100 million solo records sold worldwide, Beyoncé is one of the top selling music artists in history. She has 22 Grammy Awards, 24 MTV Video Music Awards and has been named the most powerful female in the entertainment industry by Forbes magazine, the Top Radio Songs Artist and Top Female Artist of the 2000s by Billboard, and the Top Certified Artist in America during the 2000s by the Recording Industry Association of America. She is a goddess, feminist, inspirational businesswoman, ground-breaking artist, iconic mother and everything else in between.

Liberté Egalité Beyoncé brings Queen Bey's most inspiring and empowering quotes, and moments of fierceness together, along with stunning illustrations, to help you slay every day.

John Davis is a pop-cultural author, recovering high school teacher and is now one of Melbourne’s most popular DJ’s. He has previously written The Essential Fan Guide to RuPaul’s Drag Race for Smith Street Books in 2017. Samona Darius is a 25-year-old graphic designer and illustrator from New York. Samona earned her BA in Graphic Design at Full Sail University while starting her illustration career concurrently. She specializes in vector based portraits of pop culture icons.