Out of Space: How UK Cities Shaped Rave Culture (Paperback) 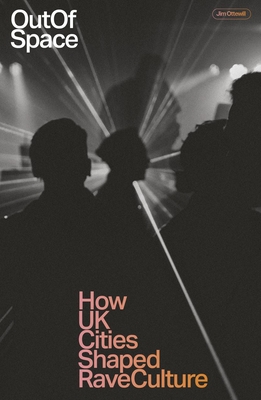 Since the dawn of time, humans have had the urge to come together and move to music. It may have started in caves but these days it happens in clubs often found in the shady corners of our towns and cities.

Or at least it did until these places succumbed to the beat of property developers rather than DJs. In London in the five years to 2016, half of the clubs were lost while a further quarter have disappeared in the devastation of Covid. So what now?

At this critical moment, Out of Space plots a course through the different town and cities club culture has found a home. From Glasgow to Margate via Manchester, Sheffield and unlikely dance music meccas such as Coalville and Todmorden, this book maps where electronic music has thrived, and where it might be headed to next while exploring other shades of club culture too, such as pirate radio, dance music festivals, and sound system culture.

As our lives become increasingly digitised and real estate more valuable, we'll look at the new clubbing models emerging in the 21st century. Rather than an epitaph, this is a rallying cry and celebration of the club's resilience based on a lifetime of getting wide-eyed inside them.