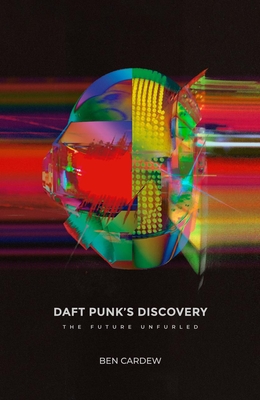 Daft Punk's Discovery is a record that looked into the future and liked what it saw; an album that predicted the electronic music explosion, YouTube and the end of privacy, while dragging soft rock back into vogue. Discovery was not only one of the best albums of the 2000s, it was one of the most prophetic, the kind of record that makes you wonder: how did they know?

You can draw lines from Discovery to Glass Swords, Kanye West, EDM, Autotune, iTunes, Beyonc (c), Guilty Pleasures, social media and more. Discovery's footprints can be found all over the modern world but it also looked back to Daft Punk's childhood, to Van Halen records, Japanese cartoons and even Johann Sebastian Bach.

Discovery was a record that confounded many fans when it was released in 2001, thanks to its blatant pop hooks and unlikely sonic bricolage. It was a record that was - and still is - widely misunderstood; Discovery's impact has only become clear with the passing of time, as Daft Punk have been proved right time and time again.

This book is a homage to a fascinating, troubled beast of an album that casts a huge shadow over the 21st Century, as Discovery reaches its 20th anniversary.