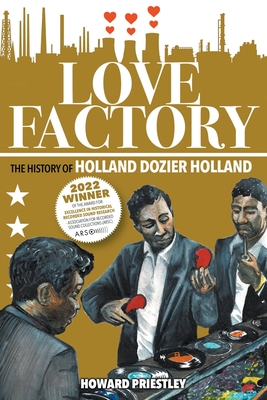 It has long been acknowledged that Berry Gordy Jr and his Motown Empire put Detroit on the International musical map but it was the creative genius of Brian Holland, Lamont Dozier and Eddie Holland who would take the sound into uncharted territory. In this book Howard Priestley explores in depth the story of the three friends, their meteoric rise to fame and their fall from the heights. How they helped to put Detroit Soul on the map and the series of events that saw the collapse of not only the recognised sound of Detroit but Soul in general as the 70s gave way to a more collective sound away from the diversity of Memphis, Philadelphia, Chicago, Miami and, of course, Detroit. Priestley writes in both an entertaining and analytical way that reminds us just how many songs the trio have composed that have become an important and enduring part of the soundtrack to so many of our lives.