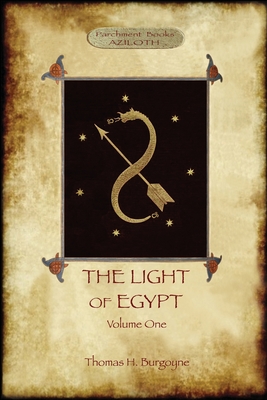 Thomas H. Burgoyne was born in Scotland on April 14, 1855. He grew up a gifted psychic and later became an ardent student of Hermetic Philosophy. After emigrating to the USA at the age of twenty-five, he met Norman Astley, who was himself an accomplished occultist. Impressed by the depth of Burgoyne's esoteric understanding, Astley persuaded him to set down his knowledge in a series of lessons. The Light of Egypt Vol 1, published in 1889, is the fruit of these labours.

The information presented here will astound with its breadth of vision and the obvious truth of the genuine Hermetic Tradition. The book forms a perfect introduction into esoteric and occult studies, and even high-grade initiates will find concepts here that may perhaps shake some of their core preconceptions. It has truly been called "One of the masterpieces, both of writing and of instruction ... there is nothing comparable to it in the English language." (Emma Hardinge Britten, The Two Worlds).

This edition has been fully revised by a Rosicrucian Adeptus Minor and several errors/omissions - found in some extant editions - have been corrected, viz.: misprinted tables rectified, three 'lost' diagrams added, and five missing chapters inserted in their correct sequence. An Index is included.