The End of Where We Begin: A Refugee Story (Paperback) 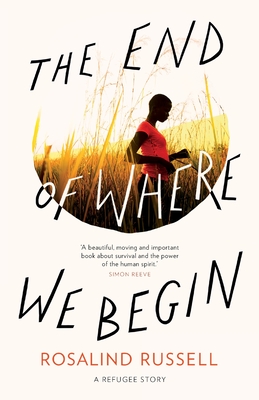 By Rosalind Russell
$12.99
Email or call for price.

Veronica is a teenager when civil war erupts in South Sudan. Lonely and friendless after the death of her father, she finds solace in her first boyfriend, and together they flee across the city when the fighting breaks out. On the same night, Daniel, the son of a colonel, also makes his escape, but finds himself stranded by the River Nile, alone and vulnerable. Lilian is a young mother, who runs for her life holding the hand of her little boy Harmony until a bomb attack wrenches them apart, forcing her to trek on alone.

After epic journeys of endurance, their lives cross in Bidi Bidi in Uganda the world's largest refugee camp. There they meet James, a counsellor who helps them to find light and hope in the darkest of places.

The End of Where We Begin is a gripping and intimate true life account of three young people whose promising lives are brutally interrupted by war. It documents their heart-breaking and inspiring battle to keep moving on through the extremes of attack, injury, exile and trauma. It is a story of the bonds of community and resilience in adversity a powerful message for our troubled times.