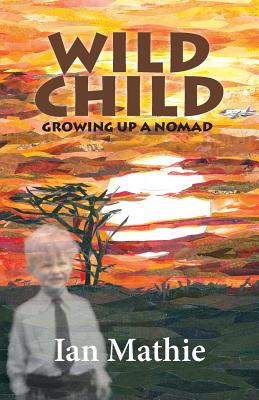 Ian Mathie was an entertaining raconteur and writer who told his true life stories with great vigour and enthusiasm. He had an amazing memory and was able to recall the smallest details, even from his early childhood. His life was packed with unusual experiences and adventures in distant places with strange people, wild animals, danger and fun.

He had an extraordinary start in life by today's standards. Born in Edinburgh, the second son of a Scottish Army officer, he began a lifelong affair with Africa when his father was posted to Lusaka in Northern Rhodesia in 1951 to serve with the Northern Rhodesia Regiment.

From the scrub beyond the barracks to the wilds of the Kafue Game Reserve, the African bush became his playground. Its peoples were a source of infinite fascination. His playmates were the children of his father's troops and from nearby villages. They attended the same mission school a few miles outside the town, played African games and absorbed African culture from within. The family made many excursions into the bush, including one memorable visit to Shiwa N'gandu, the exotic home of Stewart 'Chipembele' Gore-Browne.

When his father's regiment was sent to Malaya to fight in the jungle, the family went too. Living in Penang, Ian attended a Chinese school in the mornings and spent afternoons playing mah-jongg with the local women, hiding his winnings in a cracked teapot under the wall of the local snake temple for safe-keeping.

British boarding schools and Ian did not in general get along; his free spirit and independent nature singled him out for special treatment from both his fellow students and school masters. Flying out to Africa during the holidays was a brief respite. In his later school years, he put his bush knowledge to use in the English countryside and found outlets for his energy in sports and army cadets.

Ian was hooked on flying from an early age, and joined the RAF as a pilot as soon as he could. However, defence cuts left him stuck on the ground with no prospect of further flying. It was a blessing in disguise. No sooner had he resigned his commission than he was sent back to Africa by the UK government as a rural development officer, specialising in water resources and related projects, a job that allowed him to roam the continent.