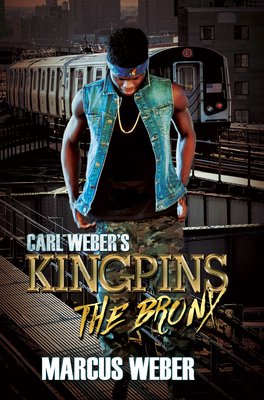 Antonio Roberts and Paige Tillary are from vastly different backgrounds, so when they meet and fall in love, it won't be
easy. Family secrets, power, money, fame, and love are the ties that bind in this emotionally charged street tale.

Antonio, born of an affair between a beautiful Bronx hairdresser and an infamous head of a powerful crime syndicate, lost his mother at a young age only to meet the millionaire father he never knew he had. Bitter over his life of struggle on the streets of the Bronx, he rejects this newfound family connection and the envious brothers who had lived the life Antonio only used to dream about. Antonio made his way out of the hood through a successful career in the NBA, only to find himself ousted from the league and left with no way of maintaining his lifestyle. After he finds out he has been duped out of millions by his lifelong best friend, Antonio is forced to turn to the father who never claimed him.

Paige came from money. Private schools, trips around the world, and extravagant shopping sprees were all part of her upbringing. Her father is a well-respected politician who is not happy when his daughter falls in love with a man who represents everything the senator despises. But Paige's father harbors many secrets of his own, including one that will soon rock his family to the core. In spite of their own marital issues, Paige's parents try to exert pressure on her to leave Antonio. She lets love guide her, and despite her parents' threats to disinherit her, she marries Antonio anyway. When secrets, lies, and ties to a dangerous criminal underworld cause their opposing worlds to collide, the young couple is torn between their love for one another and their competing family loyalties.

Marcus Weber is the younger half brother of New York Times bestselling author Carl Weber. He is currently incarcerated.