Maldoror & the Complete Works of the Comte de Lautréamont (Paperback) 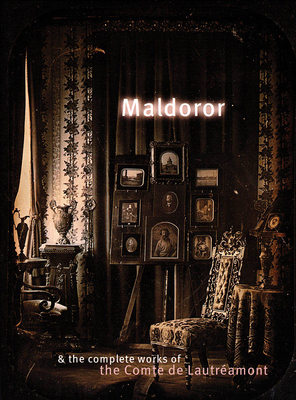 Andr Breton described Maldoror as the expression of a revelation so complete it seems to exceed human potential. Little is known about its pseudonymous author, aside from his real name (Isidore Ducasse), birth in Uruguay (1846) and early death in Paris (1870). Lautr amont bewildered his contemporaries, but the Surrealists modeled their efforts after his black humor and poetic leaps of logic, exemplified by the oft-quoted line, As beautiful as the chance meeting on a dissecting table of a sewing machine and an umbrella. Maldoror 's shocked first publisher refused to bind the sheets of the original edition--and perhaps no better invitation exists to this book, which warns the reader, Only the few may relish this bitter fruit without danger. This is the only complete annotated collection of Lautr amont's writings available in English, in Alexis Lykiard's superior translation. For this latest edition, Lykiard updates his introduction to include recent scholarship.