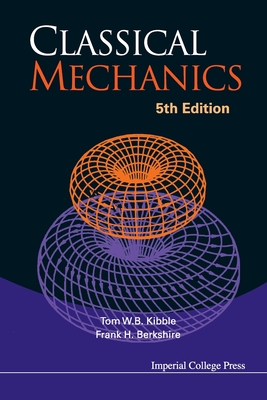 This is the fifth edition of a well-established textbook. It is intended to provide a thorough coverage of the fundamental principles and techniques of classical mechanics, an old subject that is at the base of all of physics, but in which there has also in recent years been rapid development. The book is aimed at undergraduate students of physics and applied mathematics. It emphasizes the basic principles, and aims to progress rapidly to the point of being able to handle physically and mathematically interesting problems, without getting bogged down in excessive formalism. Lagrangian methods are introduced at a relatively early stage, to get students to appreciate their use in simple contexts. Later chapters use Lagrangian and Hamiltonian methods extensively, but in a way that aims to be accessible to undergraduates, while including modern developments at the appropriate level of detail. The subject has been developed considerably recently while retaining a truly central role for all students of physics and applied mathematics.This edition retains all the main features of the fourth edition, including the two chapters on geometry of dynamical systems and on order and chaos, and the new appendices on conics and on dynamical systems near a critical point. The material has been somewhat expanded, in particular to contrast continuous and discrete behaviours. A further appendix has been added on routes to chaos (period-doubling) and related discrete maps. The new edition has also been revised to give more emphasis to specific examples worked out in detail.Classical Mechanics is written for undergraduate students of physics or applied mathematics. It assumes some basic prior knowledge of the fundamental concepts and reasonable familiarity with elementary differential and integral calculus.