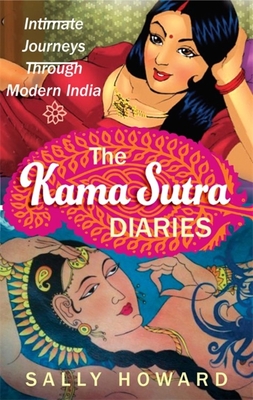 Sally Howard, a self-confessed child of the Western Sexual Revolution, sets out on a sexploration through modern India by train, plane and auto-rickshaw.

From the heat of anti-rape protest on the streets of New Delhi to the cool hills of Shimla, playground of the Raj; from a Gujurati retirement home for gay men and eunuchs to a busy sex clinic in Chennai; from patriarchs to matriarchs; GIGs (Good Indian Girls), BIGs (Bad Indian Girls) and the fleshpots of Bombay, she accompanied by feisty Delhi girl Dimple lifts the bed sheets on India's sexual revolution.

Colourful, compelling, confounding, The Kama Sutra Diaries reveal what India has to tell us about modern-day love, sex and sexuality.

Sally Howard is a travel and human-interest journalist who writes regularly on India for some of the world s most prestigious media, including The Sunday Times, the Telegraph, and Forbes. She spends at least six months of the year on the road, primarily in South and East Asia from where she has reported on such diverse issues as the re-emergence of concubines in booming Beijing to the rise of the Indian love marriage.

Absolutely brilliant - every page is a new revelation.—BBC Asian Network

Absolutely riveting... I could not put it down. Everything you wanted to know about sex...in India, but never dared ask. Sally Howard lifts the veil on one of the worlds most complex countries.—Mark Shand, author of Travels on my Elephant and winner of the Travel Writer of the Year award

Counter-cultural and defying expectation, it lays open India s marketing of sex and shines its light on the mistreatment of women, sexual practices, addictions and presumptions. An intriguing insight into a country which gave us the fabled Kama Sutra but where couples still fear to hold hands in public.—Scotsman

An intelligent and informative look at changing sexual attitudes and behaviour in India. It includes tackling the increasingly hostile attitudes towards women, from the notorious gang-rape on a bus of a 23-year-old woman student Delhi last December that made the world notice, to an "epidemic" of domestic murders that have inspired feminist flash-mobs and demonstrations.—Sunday Herald