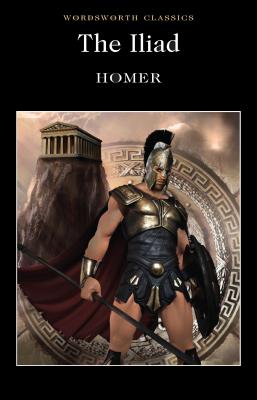 With an Introduction and Notes by Adam Roberts, Royal Holloway, University of London.

The product of more than a decade's continuous work (1598-1611), Chapman's translation of Homer's great poem of war is a

magnificent testimony to the power of The Iliad. In muscular, onward-rolling verse Chapman retells the story of Achilles, the great warrior, and his terrible wrath before the walls of besieged Troy, and the destruction it wreaks on both Greeks and Trojans.

Chapman regarded the translation of this epic, and of Homer's Odyssey (also available in Wordsworth Editions) as his life's work, and dedicated himself to capturing the 'soul' of the poem.

Swinburne praised the resulting translation for its 'romantic and sometimes barbaric grandeur, its freshness, strength, and inexhaustible fire', qualities that reflect the grandeur, fire and brutality of the original poem. This new edition includes a critical introduction and extensive notes, rendering Chapman's extraordinary poetic masterpiece accessible to modern readers.