Maps That Changed The World (Hardcover) 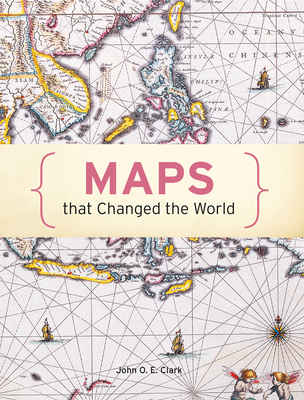 An ancient Chinese proverb suggests, “They are wise parents who give their children roots and wings – and a map.”

Maps That Changed the World features some of the world's most famous maps, stretching back to a time when cartography was in its infancy and the 'edge of the world' was a barrier to exploration. The book includes details of how the Lewis and Clark Expedition helped map the American West, and how the British mapped India and Australia. Included are the beautifully engraved Dutch maps of the 16th century; the sinister Utopian maps of the Nazis; the maps that presaged brilliant military campaigns; charted the geology of a nation; and the ones that divided a continent up between its European conquerors.

Organised by theme, the book shows the evolution of map-making from all corners of the globe, from ancient clay maps, to cartographic breakthroughs such as Harry Beck’s map of the London underground. There are also famous fictional maps, including the maps of the lost continent of Atlantis and Tolkien’s Middle Earth.

With an introduction written by acclaimed cartographic historian Jeremy Black.

John O. E. Clark is an author, encyclopedist, and publisher. His scientific background naturally leads to an interest in the cartographic breakthroughs of such figures as Edmond Halley, Alexander von Humboldt, and William Smith. Jeremy Black is Professor of History at the School of Historical, Political and Sociological Studies, Exeter University, England. His academic areas of expertise are post-1500 military history, 18th-century British history, international relations, and cartographic history. Among his many books are Maps and History: Constructing Images of the Past (Yale University Press, 1997) and Maps and Politics (University of Chicago Press, 1997). Martin Marix Evans is the author of more than twenty titles and has spent a lifetime examining military maps. His books include Retreat, Hell! We Just Got Here!: The American Expeditionary Force in France 1917-1918 (Osprey Publishing 1998).