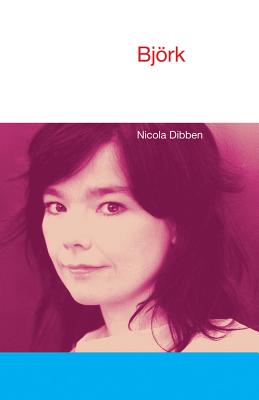 This book provides the first comprehensive musicologically-informed account of Icelandic singer-songwriter Bj rk. Bj rk is internationally recognized for her unique and innovative musical style, as well as her collaborative working relationship with artists, musicians and sound engineers. Her work crosses the boundaries between club and dance culture and 'high art'. Bj rk has won numerous awards, including Best Actress at the Cannes Film Festival for her role in the film Dancer in the Dark, for which she also wrote the music. Nicola Dibben presents an analysis of audio and video tracks, live performances and recorded sound, viewed through the critical reception, interviews and fanzines that surround Bj rk's music. This analysis reveals recurrent cultural themes brought into focus by her music: landscape and identity, the relationship between humans and technology, song as a vehicle for emotional expression, and female autonomy. Reference is made to the whole of Bj rk's career, but the focus is on her solo career from Debut onwards. Additional chapters on Bj rk's compositional process - with newly gathered interview material - and on the critical-musicological approach adopted in the book round out this original study.

Nicola Dibben is Professor in the Department of Music at the University of Sheffield. She has published widely on textual analysis of popular music, gender and identity, critical and cultural theory, emotional responses to music, and music perception.