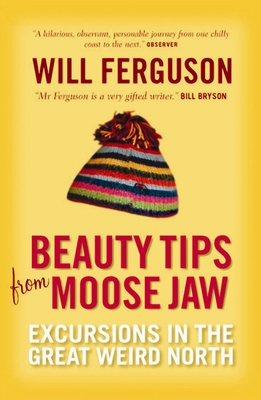 Will Ferguson was born and raised in the former fur-trapping settlement of Fort Vermilion in the backwoods of northern Canada. Fortunately, he managed to escape, and he has since travelled throughout Latin America and East Asia. Indeed, he prides himself on having gotten utterly and hopelessly lost in more than a dozen exotic locales, including Ecuador, Peru, Indonesia, Malaysia, China, Korea, and Japan. 'How I ever became a travel writer is beyond me, ' he confesses. 'I have absolutely no sense of direction.' Ferguson has a BFA in screenwriting from York University, Toronto. His first three books were plucked from the slush pile: he is the author of the satirical bestseller Why I Hate Canadians, which was all but banned from export (though it can be ordered online at chapters.ca, he advises), and his other works include a nuts-and-bolts traveller's bible, The Hitchhiker's Guide to Japan, as well as a humorous expos� about his experience in a misguided drunken government youth program, entitled I Was a Teenage Katima-victim! He has also written an insightful and highly scientific political analysis: Bastards & Boneheads (it was a study of our leaders).