The Nature of the Atom: An Introduction to the Structured Atom Model (Paperback) | Northshire Bookstore
Skip to main content

The Nature of the Atom: An Introduction to the Structured Atom Model (Paperback) 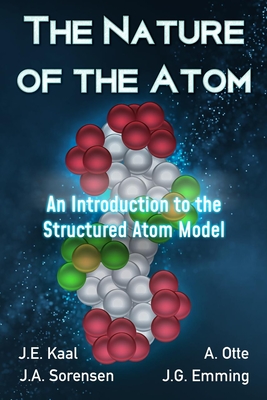 This book is the result of an international research team pursuing the intuitive notion that the atomic nucleus should have structural properties. Starting with a few logical assumptions, they discovered that many properties of the atom and the nucleus can be explained rationally without resorting to quantum mechanics or the limiting dogmas about the nucleus that dominate current physics. Using feedback from known experimental data, they identified several organizational principles that nature appears to use for constructing the elements, sometimes in unexpected ways. There are two assumptions underlying the Structured Atom Model (SAM). First, by replacing the neutron with a proton-electron pair, an electrostatic attractive force is reintroduced into the nucleus. The electrons acting as "glue" between the protons. Second, that "spherical dense packing" gives the nucleus its fractal shape--one of several organizational drivers in the buildup of the nucleus; other drivers being recurring substructures called "endings" and "nuclets." A SAM nucleus is constructed using these substructures in various combinations. The result is a new periodic table that hints at several missing elements most of which are suspected to be unstable, but probably not all. What emerges is nothing less than a new paradigm for thinking about the nucleus and physics. In SAM, several known nuclear phenomena follow directly from the structural configuration of the nucleus, including nuclear instability, radioactivity/radioactive decay, the asymmetrical breakup of fission products, and the various nuclear decay schemes. In addition, the team discovered an unrecognized store of energy that may very well be responsible for Low Energy Nuclear Reactions (LENR).