The Point of Vanishing: A Memoir of Two Years in Solitude (Compact Disc) 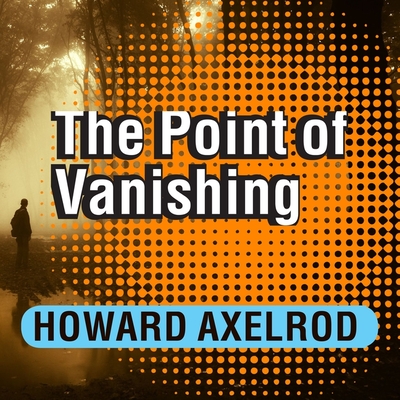 The perfect line to encapsulate Howard Axelrod’s The Point of Vanishing is actually a quote from Fight Club: “ “It's only after we've lost everything that we're free to do anything.”

The Point of Vanishing splits its narrative between Howard’s final year at Harvard, and his move into a secluded cabin deep in the Vermont woods. Axelrod finds himself quickly becoming acclimated to his new lifestyle, though profoundly unable to shake his past. Vivid portraits of the natural beauty surrounding the cabin are interjected with visceral memories of the freak accident that robbed him of half his eyesight during a pickup basketball game. The author ruminates on lost loves, familial drama, and his acclimation to a world that has suddenly lost its depth, in more ways than one.

A powerful personal account of a man who had to redefine himself after losing sight in one eye. Alone in a cabin in the Northeast Kingdom, he goes deep into many dark places within himself and shares his extreme vulnerability. This willingness makes this an exceptional book. — Teresa King