The Cult of Eden: Book One of the Unrisen (Paperback) 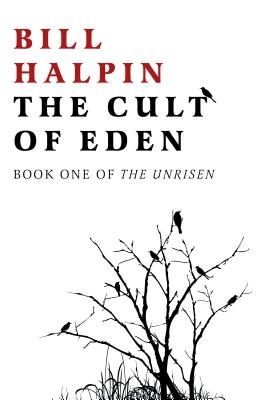 Newlywed Will Battese finds himself homesick and overwhelmed after following his ambitious wife, Shannon, to New York City. When a surprise pregnancy shreds their already meager budget, Will drops out of college and settles for work at a low-end diner. There, a small act of kindness draws the attention of Victor Degas, a man with an unsettling presence and deformed eyes. Unbeknownst to Will, Degas belongs to an ancient, sophisticated cult known as the Edens and believes Will to be the key to gaining otherworldly power. As the sun sets on Good Friday, Degas orchestrates a home invasion in which Will and his baby boy, Gideon, are kidnapped, leaving Shannon to join forces with an unreliable agent from the Roman Catholic Church. While Will struggles to save other innocents from the Eden parish below the city, Shannon discovers that the cult plans to use her family for an unimaginable demonic ritual, and that the Vatican may let it happen. With no one to trust but themselves, Shannon and Will must fight not only to survive, but to keep their humanity intact. THE CULT OF EDEN is the first volume in The Unrisen saga.

Bill Halpin was born and raised in Orlando, Florida, where he grew up on the horror genre. After graduating from the University of Central Florida, Bill moved on to New York City and earned a degree in Optometry from SUNY. Now, he lives and practices in Saratoga Springs, NY and writes in between his appointments. The Cult of Eden is his debut novel.