Radiohead: Life in a Glasshouse (Hardcover) 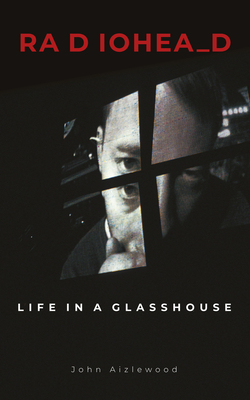 For over three decades they have charted a singular course. As their music has become more beautiful, more strange, and more uncompromising, the band who make it have become more popular, evolving from the indie clubs of Britain to Stadia across the globe, while selling over 30 million albums.

And they have done it their way. Their line-up has remained unchanged since they met at school, but these five very different characters have always remained united in their quest to keep pushing boundaries.

They have changed musical direction almost as many times as they have made albums and the band who seemed destined to be one-hit-wonders when “Creep” was a global hit in the early ‘90s, evolved into trailblazers who have embraced rock, dance, electronica, classical music, and pop without sacrificing what makes them special.

Radiohead are proof that selling records need not mean selling out and this is their story.

John Aizlewood writes for Mojo, Q, and Classic Rock. Over a 25-year career, he has written about music for the Guardian, Blender, the Observer, Melody Maker, Sounds, FHM, the Sunday Times and a host of others. His books include Love Is The Drug and Playing At Home.