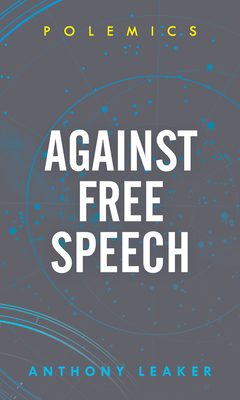 By Anthony Leaker
$21.95
IN WAREHOUSE - Usually Ships in 1-5 Business Days

This book explores the renewed and vociferous defence of free speech witnessed in relation to a number of high-profile events, including the Charlie Hebdo massacre, the Brexit and Trump campaigns, and recent campus politics. Anthony Leaker argues that the defence of free speech has played a pivotal role in a resurgent right-wing nationalism, that it is the rallying point for a wider set of reactionary political demands, a form of aggrieved liberalism at best and patriarchal white supremacy at worst, aided by a complicit liberal centre. By focusing on these events and situating them within the wider geopolitical context of a post-democratic, post-truth world of austerity, ongoing conflict in the Middle East, Pasokification, and rising fascism, Leaker critiques the role that the defence of free speech has played in legitimising the scapegoating of oppressed minorities while deflecting attention from the egregious operations of power that have led to ever greater inequality, injustice and capitalist destruction. This powerful book shows that free speech is in fact a myth, an ideological tool employed by those in power to sustain existing power relations.

Anthony Leaker is a principal lecturer in cultural and critical theory at the University of Brighton.