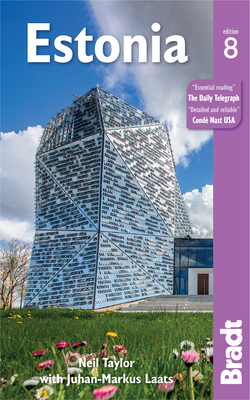 Neil Taylor was from 1975 to 2005 Director of Regent Holidays, a British tour company that has specialized in travel to the Baltic states since they regained their independence in 1991. Now he writes and broadcasts on travel trade topics and is active in the British Guild of Travel Writers, by whom he was awarded a Lifetime Achievement Award in 2000. In 2011 he was awarded the President of Estonia's medal for services to tourism. This book will be the 8th edition of the Bradt Guide to Estonia that he has written. In June 2018 his Estonia - A Modern History was published with a 2nd edition in 2020. Juhan-Markus Laats grew up in Soviet Estonia, Cambridge UK, and in newly independent Estonia. Since then, he has studied political science at the University of Tartu, spent four years at Estonian Radio's English-language news desk and founded, and built up one of the Baltic's largest short-term apartment rental businesses. From his deep interest in history Juhan created an innovative history learning tool which has been used in many schools all over Estonia. He lives a stone's throw away from Toompea Castle, the seat of the Estonian Parliament.