What the RAF Airman Took to War (Shire General) (Hardcover) 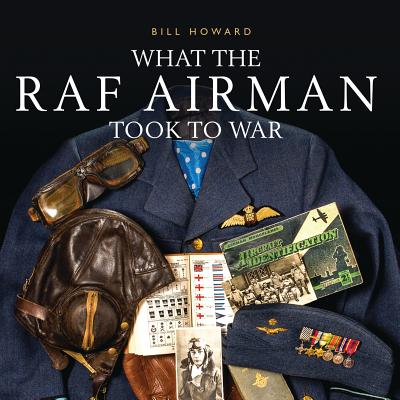 Between July and October 1940, in what became known as the Battle of Britain, a nation held its breath while the pilots of the Royal Air Force battled Hitler's Luftwaffe in the skies above England. Many lost their lives in this hard-fought episode and in the four years of air campaigns that followed. As Prime Minister Winston Churchill put it, "Never was so much owed by so many to so few." In this beautifully illustrated tribute to "The Few," Bill Howard catalogs the objects upon which every wartime pilot depended, from the superstitious good-luck charm to the parachute on which his life may depend, and other poignant items relating to the air war.

Bill Howard has been widely published in journals and magazines devoted to military history since 1977.  He has been a contributing editor to Archives magazine and has authored articles for the magazine on such diverse topics as "Elsie Janis: The Sweetheart of the AEF," a biographical study of one of the American Civil War's first casualties, Colonel Elmer Ellsworth, and an analysis of New York's Civil War governors ("Governors of War" Summer/2014).  He is the author of the full length volume, The Leesburg Affair: The Battle at Ball's Bluff and The Civil War Memoirs of William T. Levey and is a regular columnist for the Albany Times-Union newspaper, where he has published a Civil War series in celebration of the war's sesquicentennial since 2011.