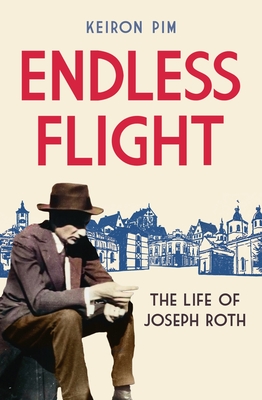 The mercurial, self-mythologizing novelist and journalist Joseph Roth, author of the 20th-century masterpiece The Radetzky March, was the finest observer and chronicler of his age.

Endless Flight travels with Roth from his childhood in the town of Brody on the eastern edge of the Austro-Hungarian Empire to an unsettled life spent roaming Europe between the wars, including spells in Vienna, Paris and Berlin. His decline mirrored the collapse of civilized Europe: in his last peripatetic decade, he opposed Nazism in exile from Germany, his wife succumbed to schizophrenia and he died an alcoholic on the eve of WWII.

Exploring the role of Roth's absent father in his imaginings, his attitude to his Jewishness and his restless search for home, Keiron Pim's gripping account of Roth's chaotic life speaks powerfully to us in our era of uncertainty, refugee crises and rising ethno-nationalism. Published as Roth's works rapidly gain new readers and recognition, Endless Flight delivers a visceral yet sensitive portrait of his quest for belonging, and a riveting understanding of the brilliance and beauty of his work.

Keiron Pim is the author of critically acclaimed Jumpin' Jack Flash: David Litvinoff and the Rock'n'Roll Underworld, which was longlisted for the Gordon Burn Prize and shortlisted in the Wales Book of the Year Awards' category for Creative Non-Fiction. He has written articles for the Guardian, the Daily Telegraph and the Spectator. Alongside his writing, Pim works as a proofreader, an editor and a mentor to aspiring non-fiction authors. He lives in Norwich, England, with his wife and three daughters.