An Editor’s Burial: Journals and Journalism from the New Yorker and Other Magazines (Paperback) 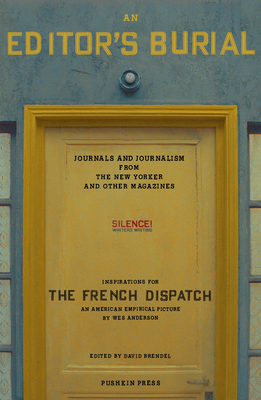 A scintillating collection of inspirations for Wes Anderson's star-studded tenth film The French Dispatch--fascinating essays on the expatriate experience in Paris by some of the twentieth century's finest writers.

A glimpse of post-war France through the eyes and words of 14 (mostly) expatriate journalists including Mavis Gallant, James Baldwin, A.J. Liebling, S.N. Behrman, Luc Sante, Joseph Mitchell, and Lillian Ross; plus, portraits of their editors William Shawn and New Yorker founder Harold Ross. Together: they invented modern magazine journalism. Includes an introductory interview by Susan Morrison with Anderson about transforming fact into a fiction and the creation of his homage to these exceptional reporters.