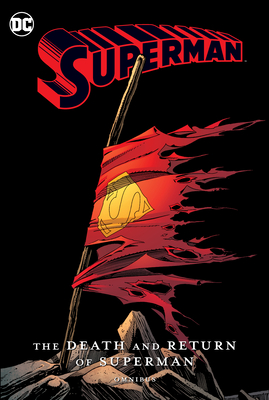 The unthinkable has happened. The Man of Steel is dead. After sacrificing his life to against an unstoppable global threat, the people of Earth must now accept that the world they live in is a world without Superman.

A maniacal beast has risen from the Earth, a creature called Doomsday! Only one man can stop Doomsday's rampage -- Superman. But the only way to stop him is by sacrificing his own life! When the Earth continues to be threatened by beings of immeasurable power, will Metropolis' one true hero will rise and return hope to those who need it most?

Born in 1950, Roger Stern began his love affair with comics by helping produce the popular fanzine CPL (Contemporary Pictorial Literature). He then joined Marvel Comics in 1975, first as a writer and then an editor. His writing credits at Marvel include celebrated runs on The Amazing Spider-Man and Captain America. In 1987, Stern began writing for DC, where he quickly became an integral part of the Superman team. His other DC credits include POWER OF THE ATOM and STARMAN, and he has also written the prose novels The Death and Life of Superman, Smallville: Strange Visitors and Superman: The Never-Ending Battle.