Gendered Islamophobia: My Journey with a Scar(f) (Paperback) 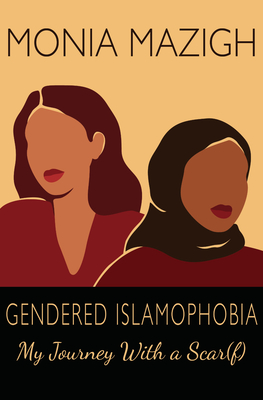 This passionate book describes the author's struggles as a hijab-wearing Muslim woman, who was born and raised in a Muslim country (Tunisia) but has spent most of her adult years in Quebec, Canada as an immigrant. Mazigh describes her multiple identities and her multiple struggles against Islamophobia as it applies to women, who consistently get stereotyped as silent and dominated by their men.

Monia Mazigh was born and raised in Tunisia and immigrated to Canada in 1991. She speaks Arabic, French, and English fluently and holds a doctorate in finance. Monia was catapulted onto the public stage in 2002 when her husband, Maher Arar, was deported to Syria where he was tortured and held without charge for over a year. She campaigned vigorously for her husband's release and later fought to re-establish his reputation and sought reparations. Her book, Hope and Despair, details the account of the family's ordeal. She is also the author of two novels, Mirrors and Mirages, and Hope Has Two Daughters. She lives in Ottawa.