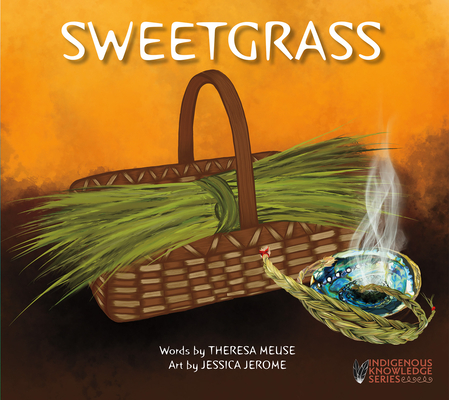 A modern story of traditional Indigenous knowledge that follows a young boy and his Auntie as they gather and braid sweetgrass, one of the four sacred medicines.

It's early July, and for Matthew and his Auntie that means one thing: time to go sweetgrass picking. This year, Matthew's younger cousin Warren is coming along, and it will be his first time visiting the shoreline where the sweetgrass grows.

With Auntie's traditional Mi'kmaw knowledge and Matthew's gentle guidance, Warren learns about the many uses for sweetgrass--as traditional medicine, a sacred offering, a smudging ingredient--and the importance of not picking more than he needs. Once the trio is back at Auntie's house, she shows the boys how to clean and braid the grass.

From the duo behind the bestsellers The Gathering and The Sharing Circle, this heartfelt story about the gifts we receive from Mother Earth and how to gather them respectfully offers thoughtful insight into a treasured Mi'kmaw tradition.

Sweetgrass grows in wet meadows, low prairies, and the edges of sloughs and marshes . It grows from Labrador to Alaska, south to New Jersey, Indiana, Iowa, New Mexico, and Arizona. Widely used by North American indigenous peoples from many different Nations, it is also considered one of the four sacred medicines by many Plains Indians.

Born and raised in the Bear River First Nation, Theresa Meuse is a First Nations educator and advisor. The author of The Sharing Circle and L'N'uk, she has also contributed to the Mi'kmaq Anthology and L'sitkuk. Theresa lives in Elmsdale.