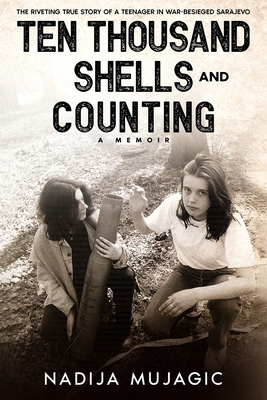 Sarajevo 1992: a page-turning witness account of teenage life in a city at war that will immerse you in a world where survival is the only thought.

At the age of 14, Nadija watches from her window as tanks roll into the airport across the street. It's the beginning of the Serbian siege of the Bosnian capital. When a sniper kills their next door neighbor, Nadija and her family are forced to flee. Where can they find safe refuge? How does this young girl cope during the terrifying and seemingly never ending war?

A true story of a teenager who learns to survive under the brutal war-sculpted lifestyle and losses under siege.

Mujagic's prose is descriptive, polished, and features well-integrated historical and political details without ever becoming dry. Memoirs relating to experiences during war are familiar, but few focus on the conflicts impacting Sarajevo, Bosnia, and Herzegovina, and few with such a wealth of engaging detail. The author excels at personalizing the experience of one's home being under siege through vivid, in-scene descriptions, while also clearly conveying the particular circumstances of the Bosnian war. Mujagic's framing of her story through the lens of PTSD, allows for greater resonance and relatability.

"A book millennials must read."