Being and Insurrection: Existential Liberation Critique, Sketches and Ruptures (Paperback) 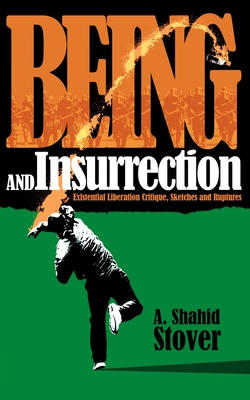 As an unrelenting polemic of insurgent philosophical essays, aphoristic sketches and epistemological ruptures against the biopolitical pacification of human agency by western imperialist power, Being and Insurrection not only challenges the way we perceive the human condition, but also questions the way our understanding of human 'being' coincides with conceptions of human liberation and the geohistorical possibility of emancipatory social struggle.

A. Shahid Stover confronts Empire with a searing philosophical discourse of existential liberation theory rooted in lived Black experience informed by original interrogations of the anti-slavery dialectic of Frederick Douglass, the existential Marxism of Jean-Paul Sartre and the decolonial phenomenology of Frantz Fanon. Written with merciless critical poise and fearless intensity of spiritual purpose, Being and Insurrection challenges the reader with urgent global relevance towards opening new horizons of the radical imagination.