Bellwether Blues: A Conservative Awakening of the Millennial Soul (Hardcover) 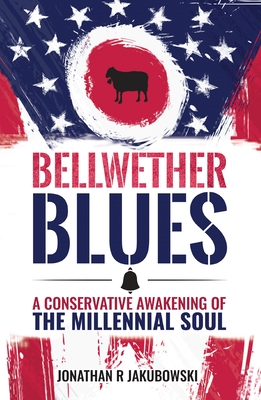 By Jonathan Jakubowski
$24.00
IN WAREHOUSE - Usually Ships in 1-5 Business Days

Americans live in an era of increasing political turmoil where tensions are heightened and conflict is the new normal.

Having grown up in this environment, millennials know nothing different. Their experiences have driven them toward disillusionment and frustration with the political norm. In sum, they have caught a case of the Bellwether Blues. The resulting skepticism has brought out the worst in those who engage in political dialogue, only adding fuel to the fire.

In an era where the political world is ablaze with hatred, Bellwether Blues offers a highly effective antidote. Rather than allowing the ends to justify the means, Jonathan Jakubowski encourages conservatives to rethink their approach to reaching the millennial generation. Fight or flight might be the natural response to conflict, but there is a third option for conservatives if they choose: Make friends. This counterintuitive approach is gleaned through the stories of seven millennials in Wood County, Ohio who changed their voting preferences from liberal to conservative.