Mass Incarceration, Black Men, and the Fight for Justice (Paperback) 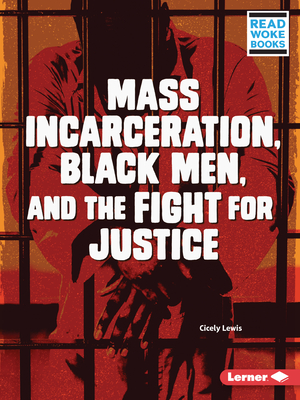 In the United States, Black men are almost six times more likely to be imprisoned than white men. This disproportionate impact can be traced back to slavery, Jim Crow laws, and the criminalization of Black people into the modern day. With growing awareness about unfair treatment in the justice system, more and more people are calling for change. Read more about the history and causes of mass incarceration and how activists are reforming and rethinking justice.

Read Woke(TM) Books are created in partnership with Cicely Lewis, the Read Woke librarian. Inspired by a belief that knowledge is power, Read Woke Books seek to amplify the voices of people of the global majority (people who are of African, Arab, Asian, and Latin American descent and identify as not white), provide information about groups that have been disenfranchised, share perspectives of people who have been underrepresented or oppressed, challenge social norms and disrupt the status quo, and encourage readers to take action in their community.