The Retreat: A Novel of Suspense (MP3 CD) 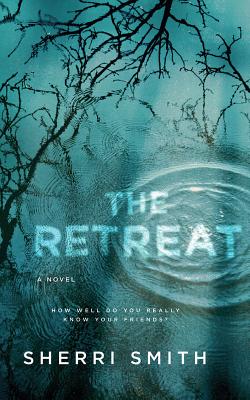 The Retreat centers around four women, specifically former child star Katie, as they venture upstate for a weekend wellness retreat (this already spells trouble). Each go into this weekend as an escape, but wind up with a dead body, weird fellow retreat-goers, stalkers and betrayal. The characters are three-dimensional and flawed; you don’t know whether you want the girls to escape safely or just get stabbed already. But this book is surprisingly not as predictable as the plot sounds, and has a twist ending you might not have seen coming! — Kirstin Swartz

Sherri Smith illuminates the dark side of the self-care and wellness industry in a thrilling ride of revenge perfect for fans of Liane Moriarty's Nine Perfect Strangers. The Retreat is a twisting, bone-chilling suspense that asks: how well do you really know your friends?

Four women.
Four secrets.
A weekend that will change them forever...if they survive.

Katie Manning was a beloved child star until her mid-teens when her manager attacked and permanently scarred her face, effectively ending her career and sending her on a path of all-too-familiar post-Hollywood self-destruction.

Now twenty-seven, Katie wants a better answer to those clickbait "Where Are They Now?" articles that float around online. An answer she hopes to find when her brother's too-good-to-be-true fianc e invites her to a wellness retreat upstate. Together with Katie's two best friends―one struggling with crippling debt and family obligations, one running away from a failed job and relationship―Katie will try to find the inner peace promised at the tranquil retreat. But finding oneself just might drudge up more memories than Katie is prepared to deal with.

Each woman has come to the retreat for different reasons. Each has her secrets to hide. And at the end of this weekend, only one will be left standing.