Behind the Red Veil: An American Inside Gorbachev's Russia (Paperback) 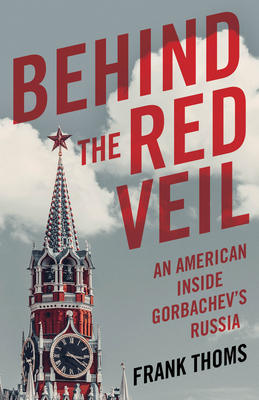 Frank Thoms went to the Soviet Union not to judge but to learn. As a result, he gained the trust and confidence of the people he befriended--and discovered much about himself. Behind the Red Veil recounts Frank's quest to understand the Russian people. He spent his initial twenty-five years as a teacher, during which time he pursued his understanding of Marxism, Russian history, and Soviet Communism. His first venture to the Soviet Union occurred in October 1985, Mikhail Gorbachev's first year as general secretary of the Communist Party of the Soviet Union. In his following six trips, Frank served twice as a US-Soviet exchange teacher of English in Leningrad (St. Petersburg), and on his own taught English in schools in Moscow and Alma-Ata (Almaty), Kazakhstan. His final journey, which was to the new Russia in 1994, three years after Gorbachev's resignation, took him to Yekaterinburg in the Ural Mountains. Through it all, Frank sought the love and respect of the Russians he came into contact with. Behind the Red Veil is the story of how they opened their hearts to him--and, in doing so, opened his.