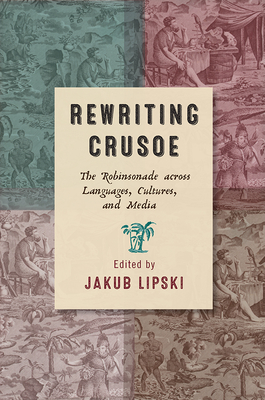 Published in 1719, Defoe’s Robinson Crusoe is one of those extraordinary literary works whose importance lies not only in the text itself but in its persistently lively afterlife. German author Johann Gottfried Schnabel—who in 1731 penned his own island narrative—coined the term “Robinsonade” to characterize the genre bred by this classic, and today hundreds of examples can be identified worldwide. This celebratory collection of tercentenary essays testifies to the Robinsonade’s endurance, analyzing its various literary, aesthetic, philosophical, and cultural implications in historical context. Contributors trace the Robinsonade’s roots from the eighteenth century to generic affinities in later traditions, including juvenile fiction, science fiction, and apocalyptic fiction, and finally to contemporary adaptations in film, television, theater, and popular culture. Taken together, these essays convince us that the genre’s adapt- ability to changing social and cultural circumstances explains its relevance to this day.

JAKUB LIPSKI is an associate professor of English at Kazimierz Wielki University in Bydgoszcz, Poland. He is the author of In Quest of the Self: Masquerade and Travel in the Eighteenth-Century Novel (2014) and Painting the Novel: Pictorial Discourse in Eighteenth-Century English Fiction (2018).

"An impressively ambitious and comprehensive collection of essays on Robinsonades."
— John Richetti

“Rewriting Crusoe collects a wide range of international scholars to look at the Robinsonade tradition in various media across three centuries. The collection exhibits the range of responses to Robinson Crusoe and considers how they reflect various cultural and literary concerns.”
— Leah Orr

"Rewriting Crusoe offers invigorating re-examinations of a timeless and timely genre.  The broad scope of texts examined and the international profile of its authors makes this book an important contribution to studies of the Robinsonade and testament that this genre still holds power."
— Rebecca Weaver-Hightower

"Rewriting Crusoe: The Robinsonade across Languages, Cultures, and Media assembles an international group of scholars who present exciting new approaches to the cultural afterlives of Daniel Defoe’s 1719 novel. Robinson Crusoe is one of the most successful books of all time, ubiquitous first in Europe and then around the world. Novel historians credit it with transforming prose fiction with psychological realism. It has been translated into dozens of languages and it has directly and indirectly inspired a plenitude of adaptations and appropriations in that time. The essays in Rewriting Crusoe follow the Robinsonades themselves across genres and media—fiction, film, plays, and TV—and they respond to a range of works, from immediate, direct responses in Britain to more distant and looser echoes across the globe. What is original and distinctive about the volume is its demonstration of how Robinsonades not only challenge key aspects of the archetypal castaway narrative—masculine individualism, literary realism, and ecological and colonial domination—but that these ideologies have always been in a process of contestation. Together the essays illuminate what editor Jakub Lipski calls 'the potential of the Robinsonade to adapt to changing circumstances, in terms of content and genre, and … its continuous relevance in new contexts.' The book provides a model for the potential of collaborative approaches to diffuse literary afterlives, and it is essential reading for those interested in the impact of eighteenth-century ideas through the ages."
— Nicholas Seager