Has it Come to This?: The Mysterious, Unsolved Murder of Frank Richardson (Paperback) 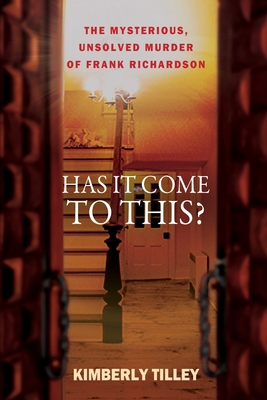 Somebody got away with murder on Christmas Eve of 1900 in Savannah, Missouri.

Frank Richardson, a wealthy merchant who had repented of his wayward past and was determined to make the most of the second chance he was given, was shot dead in his home.

His killer had vanished, but investigators were determined to find and punish the murderer. The evidence they discovered exposed Frank's secret life to the world and scandalized the residents of Savannah. Of all the clues they found, none was more fascinating than Frank's enigmatic last words, uttered the moment before he was shot: "Has it come to this?"

Suspicion fell at once on Frank's former paramour, Goldie Whitehead; his charming wife, Addie; and Stewart Fife, the suave young clerk of whom he was known to be insanely jealous. All the clues and evidence in this unsolved true crime are assembled here for readers to unravel the truth behind who killed Frank Richardson.