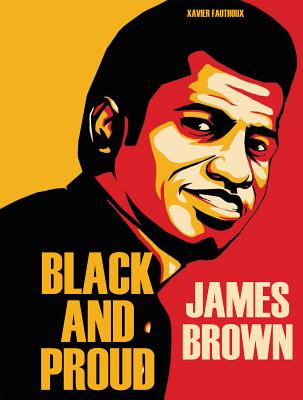 By Xavier Fauthoux
$24.99
Email or call for price.

The Godfather of Soul, Mr. Dynamite, The Hardest Working Man in Show Business--a legend of popular music whose influence and appeal reaches audiences to this day--gets the graphic novel treatment.

Born in the South during the height of segregation, James Brown went on to become a global sensation, using his immeasurable talent to grasp what he believed was the American Dream. Join the charismatic, hard working, and sometimes tyrannical bandleader on a journey down the roads of America with a group of talented musicians spreading the sound of funk and soul throughout the country. Told against the backdrop of a changing America during the Civil Rights era of the 1960s, this is the story of a man and his band that would go on to revolutionize the world of pop music.

Xavier Fathoux is a French film director and producer. In 2012 he won the James Brown Music Video Challenge with his submission for the song "It's a Man's, Man's, Man's World."

"A compelling true story and nicely captured to give proper respect to a powerful and creative entertainer." -Fanboy Factory

"The soft linework by Fauthoux is effective at capturing the many looks of James Brown throughout his life and helps underscore how his appearance was influenced by his life experiences." -Omnicomi