A Horse Walks Into a Bar (Compact Disc) 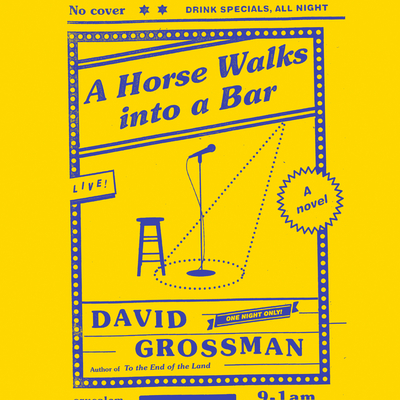 In a little dive in a small Israeli city, Dov Greenstein, a comedian a bit past his prime, is doing a night of standup. In the audience is a district court justice, Avishai Lazar, whom Dov knew as a boy, along with a few others who remember Dov as the awkward, scrawny kid who walked on his hands to confound the neighborhood bullies. Gradually, teetering between hilarity and hysteria, Dov's patter becomes a kind of memoir, taking us back into the terrors of his childhood-his beautiful flower of a mother, a Holocaust survivor in need of constant monitoring; his punishing father, a striver who had little understanding of his creative son. Finally, recalling his week at a military camp for youth-where Lazar witnessed what became the central event of Dov's childhood-Dov describes the indescribable while Lazar wrestles with his own part in the comedian's story of loss and survival. A beautiful performance by Grossman (jokes in questionable taste included).