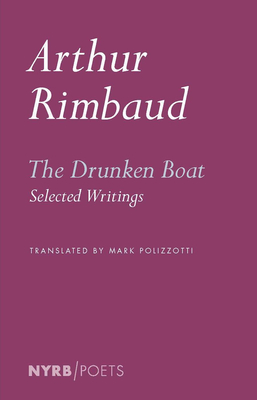 A new translation of the best and most provocative work by France's infamous rebel poet.

Poet, prodigy, precursor, punk: the short, precocious, uncompromisingly rebellious career of the poet Arthur Rimbaud is one of the legends of modern literature. By the time he was twenty, Rimbaud had written a series of poems that are not only masterpieces in themselves but that forever transformed the idea of what poetry is. Without him, surrealism is inconceivable, and his influence is palpable in artists as diverse as Henry Miller, John Ashbery, Bob Dylan, and Patti Smith. In this essential volume, renowned translator Mark Polizzotti offers authoritative and inspired new versions of Rimbaud’s major poems and letters, including generous selection of Illuminations and the entirety of his lacerating confession A Season in Hell—capturing as never before not only the meaning but also the daredevil attitudes and incantatory rhythms that make Rimbaud’s works among the most perpetually modern of his or any other generation.

Born in northeastern France, Arthur Rimbaud (1854–1891) is widely considered the quintessential French poet. His escape at age sixteen to join the Paris Commune and his tumultuous affair with Paul Verlaine (culminating in a gunshot wound in a Brussels hotel) are the stuff of literary legend. His writings and actions over a mere five yearsrevolutionized attitudes toward art, life, and sexuality. Rimbaud abandoned poetry at the age of twenty, and in his final decade he struggled to find success as a trader and gun-runner in Africa. He died of cancer at thirty-seven, having seen almost none of his work in print.

Mark Polizzotti has translated more than fifty books from the French, including works by Gustave Flaubert, Patrick Modiano, Marguerite Duras, André Breton, and Raymond Roussel. He is the recipient of numerous prizes and the author of eleven books, including Revolution of the Mind: The Life of André Breton, Highway 61 Revisited, and Sympathy for the Traitor: A Translation Manifesto. His essays and reviews have appeared in The New York Times, The New Republic, The Wall Street Journal, ARTnews, The Nation, Parnassus, Bookforum, and elsewhere. He lives in New York.

“Mark Polizzotti is, without any doubt, right there with the very best translators of symbolist or any other French poetry, and here he surpasses even himself.” —Mary Ann Caws