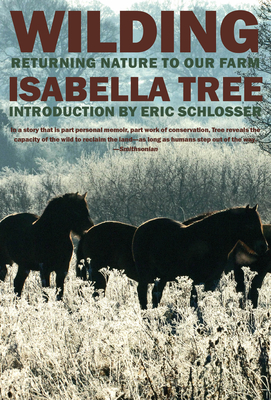 This is the story of how a multi-generational intensive-method farm went from the barren desert that that creates, to the lush, thriving, land that it is today, and one family’s incredibly brave decision to see if they could indeed rewild the piece of earth that they are the guardians of.
It is ultimately, a story of hope, but most importantly hope realised.
Faced with economic hardship created by a method of farming that is so expensive to maintain, Charlie Burrell decided to plunge instead into an epic project, called the “Knepp Experiment” to see what would happen if they stepped back from the land, could it rewild itself? To his, and many observers, sheer delight the over 8,000 acres of land, very quickly reestablished itself to a diverse ecosystem, and along with the reinvigoration of plantlife came the increase in native wildlife. Now home to free-roaming cattle, pigs, and deer, as well as the many once-common wild things that witnessed a resurgence, like the turtle doves, nightingales, and purple emperor butterflies to name a few. With globally shocking statistics in biodiversity loss, this is the message we all need, that when the will is there, we can make a difference and bring back health to the nature that sustains us. Such an important book, I cannot recommend it highly enough.

An inspiring story about what happens when 3,500 acres of land, farmed for centuries, is left to return to the wild, and about the wilder, richer future a natural landscape can bring.

For years Charlie Burrell and his wife, Isabella Tree, farmed Knepp Castle Estate and struggled to turn a profit. By 2000, with the farm facing bankruptcy, they decided to try something radical. They would restore Knepp’s 3,500 acres to the wild. Using herds of free-roaming animals to mimic the actions of the megafauna of the past, they hoped to bring nature back to their depleted land. But what would the neighbors say, in the manicured countryside of modern England where a blade of grass out of place is considered an affront?

In the face of considerable opposition the couple persisted with their experiment and soon witnessed an extraordinary change. New life flooded into Knepp, now a breeding hotspot for rare and threatened species like turtle doves, peregrine falcons, and purple emperor butterflies.

At a time of looming environmental disaster, Wilding is an inspiring story of a farm, a couple, and a community transformed. Isabella Tree’s wonderful book brings together science, natural history, a fair bit of drama, and—ultimately—hope.

Isabella Tree is an award-winning author and travel writer, and the manager of the Knepp Wildland Project, along with her husband, Charlie. She has contributed to National Geographic, Granta, The Sunday Times, and The Observer, and her articles have been chosen for The Best American Travel Writing and Reader’s Digest Today’s Best Nonfiction. Tree is the author of several books, including The Living Goddess and The Bird Man. She lives in England.

Eric Schlosser is the author of the books Fast Food Nation, Reefer Madness, and Command and Control.

"[A] book which sustained me this year, and seeded some much-needed acreage for hope. . . . This is a book about ecosystem building, about imagining a more beautiful abundance, more life in our lives. It's a book about the fact that it's still possible to heal what's barren or polluted, and that maybe it would be richer, more joyful, and more possible than we imagine, if we could only just begin. . . . [R]ead the book, and remember again the pleasure in saying plant names, in saluting the world, in savoring it. Maybe it will plant some new little seed for you, too.” —Tess Taylor, CNN

“[W]herever you live, there’s a joy in reading Isabella Tree’s detailed descriptions of the flora and fauna that arrived in her vicinity after the rewilding process began . . . [R]eaders . . . will also find an unexpected source of hope." —Tobias Carroll, Literary Hub

"Our species now occupies most of the terrestrial parts of earth and our development projects have vast ecological repercussions. In the Anthropocene, the impact has been and continues to be catastrophic because we lack the humility to recognize we are too ignorant to 'manage' Nature. Isabella Tree’s uplifting story of discovering respect and trust in Nature so she can be helped to reflourish is the paradigm shift needed to begin to rewild the planet." —David Suzuki

"Wilding moved me to tears several times, overcome by the beauty of the rejuvenation it describes, the loss of nature it struggles against, and also by the gorgeous clarity of the writing. Wilding is a crucial, important book for everyone to read, especially in how it pushes back against foundational assumptions we all make about wilderness, nature, and how animals live. It is quite simply one of the best books I’ve ever read." —Jeff VanderMeer

“[F]ans of Roger Deakin, Robert Macfarlane, Nan Shepherd, and other British naturalists will follow right along . . . A fine work of environmental literature that demands a tolerance for detail and should inspire others to follow suit.” —Kirkus

"By bringing human emotionality to the forefront, Wilding shines a probing light on our relationship with the outdoors." —Forrest Pritchard, Wall Street Journal

"This wonderfully readable book, which is partly a memoir and partly a plan of action, is an inspirational guide for how to 'rewild' a landscape. . . . This honest, thoroughly researched and deeply hopeful book will appeal to everyone—especially farmers—who is concerned about how intensive farming practices are degrading the environment and how to restore nature to ravaged lands.” —Forbes, “Ten of the Best Books About Climate Change, Conservation And The Environment of 2018"

“Wilding is one of the most exhilarating books I know. Knepp Castle is a modern marvel, a wild ancient landscape in a modern domestic country, a place filled with birds and animals leading their own independent and remarkable lives. Isabella Tree, who lives there, tells the rich, complicated story of Knepp. As a writer, Tree is both elegant and deeply informed, and the story is full of poetic awareness and scientific foundations. This story will delight anyone who’s interested in nature, wildlife, and hope.” —Roxana Robinson, author of Sweetwater

“In a story that is part personal memoir, part work of conservation, Tree reveals the capacity of the wild to reclaim the land—as long as humans step out of the way.” —Smithsonian, Ten Best Science Books of 2018

“Wilding is both a timely and important book.” —Tim Flannery, The New York Review of Books

“A poignant, practical, and moving story of how to fix our broken land, this should be conservation’s salvation; this should be its future; this is a new hope.” —Chris Packham

“Every farmer (and perhaps every conservationist) in Britain needs to go and spend a day at Knepp. The Knepp 'wilding' project is a vitally important experiment for working out what we can do to let nature back into our farmed landscapes. . . . This book tells this vital story and deserves to be widely read.” —James Rebanks, author of A Shepherd’s Life

“The remarkable story of an astounding transformation.” —George Monbiot

“Isabella Tree’s apparently quixotic tale of Exmoor ponies, longhorn cattle, red deer and Tamworth pigs roaming free on an aristocratic estate is a hugely important addition to the literature of what can be done to restore soil and soul.” —Caspar Henderson, The Guardian